i Jan 4th l Comments Off 3 by Dunes Center

The term ‘King Tides’ is not a scientific term, but a way people describe the most notorious high and low tides of the year. Why notorious? These tides leave a precedent for future tides to exceed and can create destruction to cities nearby coastal areas. As Earth’s temperature increases due to global warming, sea levels are rising and causing these tides to inch closer and closer to people’s door steps.

To understand why king tides occur we must understand why tides happen in the first place. You might’ve heard that the moon controls the tides, why is that? The moon, like Earth has a gravitational force. It’s close proximity to Earth allows the moon to use its force and try to draw Earth closer. Of course the moon can’t bring Earth closer as it’s astronomical size is too large, but it does have an influence on Earths oceans. As the moon tugs on Earth it is compressing it or stretching it horizontally. When Earth is compressed it causes its water to squeeze out on its sides, pushing more water out on two sides and leaves the other sides with less water. This creates two high and low tides that Earth rotates through in a day.

While looking at this diagram it’s important to remember that earth rotates on its axis. If you look at it that way you can see how Earth passes through these high and low tides each day.

Now we’re aware why tides occur, but there are special occasions where tides can become greater. When the Earth, Moon, and Sun align, tides become higher than normal. The Sun, like the moon, has a gravitational force, yet it’s influence on tides is lesser than the moons because it’s distance isn’t nearly as close. When these two gravitational forces combine, their strength is enhanced. Earths water extends out further creating noticeable higher and lower tides called spring tides. This alignment occurs twice a month when there is a full or new moon.

But what causes a KING tide?

We know the moons gravitational pull causes tides to occur on a regular basis and that special occasions like the alignment of the Earth, Moon, and Sun creates larger tides. Yet there’s an even greater event that creates the biggest tides of the year. If you thought that the Earth and Moons orbit is circular, that is incorrect. It has been found that all large planetary objects that orbit actually travel in an oval path called elliptical orbit.

In Earth’s orbit around the Sun, the Sun isn’t directly in the middle but it’s located closer to one side of the orbit. When it’s farther Earth’s orbit is called aphelion and when earth is closest it’s orbit is called perihelion. When Earth is in perihelion the Sun’s gravitational force can impact Earth significantly. The combination of the Sun, Moon, and Earth’s alignment along with a closer distance to each other creates the King Tides. Tides during this time will still be significantly higher, but when this perfect conjunction occurs it calls for the KING of Tides. This years California King Tides will take place on January 22-23.

Rare occurrences in nature are thought of as phenomena’s and beautiful and they certainly are, but these tides keep challenging each other to grow higher and higher as more freshwater from glaciers are dissolving and increasing sea levels. This can be terrifying if you live near coast areas since flooding, power outages, and destruction of buildings often accompany these tides. If you’re interested you can contribute to scientific data and research on king tides by going out to your local beaches and taking images of extraordinary tides or any damage you see around your city/town caused by king tides. You can submit your photographs to the California King Tides Project. These photos will be used be used in presentations, exhibitions, websites and publications on sea level rise impacts, coastal initiatives, and climate action. https://www.coastal.ca.gov/kingtides/participate.html

How do Plants Reproduce and Disperse?

i Dec 8th l Comments Off 3 by Dunes Center

Over at Mary Buren Elementary we’ve been studying botany to answer questions we have about plants. These past weeks we’ve been working to answer “How do plants reproduce and spread?”.

I’ve always assumed all flowers naturally had seeds, but I was surprised to know that some flowers need help from pollinators, like bees or even wind, to create seeds. Pollination is when pollen grains are moved from the male anther of a flower and transferred to the female stigma. The pollen is transported thanks to the help of animals such as bees, bats, birds, butterflies, beetles, moths, and other animals. That’s a lot of animals that start with B! If these plants don’t get pollinated they won’t bear fruits or create more seeds to reproduce. Imagine living in a world where we have no fruits? I’d go bananas!

But a new question: How do plants move?

Out in nature we see habitats that are surrounded by plants that look the same. But how does a plant stretch across land? How does it grow 10 miles away?

Elements like wind and water help seeds disperse, but animals and humans play a part too. At Mary Buren we conducted a few experiments to test how different type of seeds move with these elements. We used oat grains, brassica seeds, thistle gone seeds, and a variety of other seeds. To test wind, we blew on the seeds and noted which type traveled the furthest. They all moved, but the heavier and bigger seeds traveled the least. We wondered what would happen to seeds that got blown into a river or lake? Seeds that are less dense than water were able to float and move on water, but those denser than water sunk, therefore could not disperse. It became clear how some seeds could end up in different areas by traveling through water. Lastly, we mimicked animal fur by taking a piece of cloth and placed it over the seeds to see which ones would stick. The spiky thistle gone seed stuck so well it ripped off some fibers! Some of the children theorized that these seeds cling on to animals while they’re going out for a walk and fall when their fur sheds.  They were definitely spot on!

Here’s an update on our bean plants:

Our seeds are growing! Look at the leaves!

They’ve gotten too big to stay in that container, so they’ve been planted into soil.

A Little Bit of Botany for You!

i Nov 17th l Comments Off 3 by Dunes Center

Leticia here! For the past two weeks I’ve been visiting Mary Buren Elementary School and together we’re learning how plants function. We started with naming the parts of a plant and understanding what their jobs are. Let’s explore a bit of that now!

Let’s start from underground. The roots absorb water and nutrients, but they also anchor the plant to the ground so they don’t tip over. Some plants store their food in their roots such as beets, carrots, parsnips, and radishes. 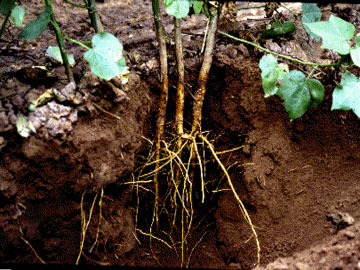 Moving up we have the stem. The stem does a lot of heavy lifting. It’s like a coat hanger for our leaves and flowers.  It also transports water and minerals to leaves and other parts of the plant; kind of like a plumbing system delivers water to your house and other houses!

Next we spoke about the leaves. Leaves have a very important role. It’s where photosynthesis happens! Leaves absorb sunlight and convert that energy into food for the plant. Plants then use that food to grow bigger and bigger. Leaves also contain a substance called chlorophyll. Chlorophyll gives leaves that green pigment we all know of, but chlorophyll also needs sunlight. That’s why in the fall and winter months, when the sun doesn’t come out as much, some leaves turn red, orange, and yellow! 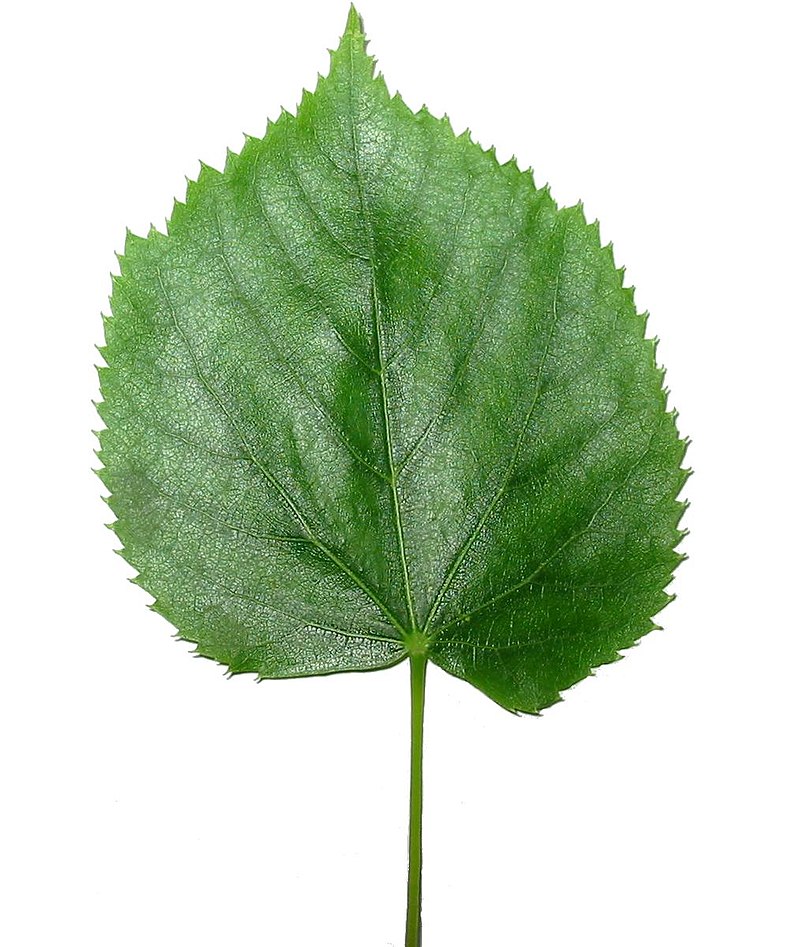 Last, we mentioned the flower. Besides being a beautiful sight they have a more important role. The flower is the reproductive part of the plant. When a flower that requires pollination is pollinated, it will create seeds. And those seedlings can make more plants!

Fun fact: Plants only need water and sunlight to survive. Soil gives them added nutrients. It’s like humans! We need food and water to survive, but eating healthy foods gives us nutrients that make us stronger.

After consuming all that knowledge we started our own experiment by growing a bean plant. For this experiment we used cotton balls, beans, a cup, and water. We have started the germination process by dampening our cotton balls and placing our beans in the cup. They are now outsid3 soaking up the suns rays!

The Dunes Center is Crawling with Critters!

i Nov 9th l No Comments 3 by Dunes Center

Did you know that you can find all kinds of wildlife at the Dunes Center?

The Dunes Center is a Certified Wildlife Habitat, so next time you visit, keep an eye out for some of these insects and animals that call us “home.” Our staff and fellows work to document and identify all of the flying, buzzing, and hopping visitors that come by the Dunes Center. Check out some of the creatures we’ve been seeing lately!

This butterfly comes from the Lycaenidae family. Females’ wings are orange on the dorsal side, while the males have a more purple iridescent color.

The Red Admiral is another butterfly that can sometimes be mistaken for a Monarch butterfly thanks to its bright orange and black coloring. This butterfly is highly territorial, and females will only mate if a male has his own territory.

This little guy was hanging out in the Dunes Center Garden for about a week! These spiders like to create silk nests under rocks or wood and they will stay there at night. They feed on a wide variety of insects and sometimes the females will eat the males!

This migrating butterfly could be easily mistaken for a Monarch, but one of the key differences is on the wings. The wings of the Painted Lady are actually brown or gray on the ventral side. The Painted Lady butterfly is the most widespread butterfly! It lives on every continent except Australia and Antarctica. The Painted Lady caterpillar often dines on plants which contain toxic compounds, making the caterpillar inedible to some of its predators.

Most folks call caterpillars that look hairy, like this one, “wooly bears.” Can you guess what this caterpillar’s name is? Hint: the moth it becomes is very light in color.

Raiders of the Lost Sphinx – a “Tail” of Archaeological Proportion, Part 2

i Jun 6th l No Comments 3 by Erin Gardner

In last week’s blog post, we talked about DeMille and his Lost City left behind in the dunes of Guadalupe.

This week, we are going to answering the jackpot question: Where are we now?

We last left off with the restoration of these awesome artifacts. But how do we do it?

END_OF_DOCUMENT_TOKEN_TO_BE_REPLACED

Raiders of the Lost Sphinx – a “Tail” of Archaeological Proportion, Part 1

i May 1st l 2 Comments 3 by Erin Gardner

One of the most popular exhibits at the Dunes Center showcases artifacts from Cecil B. DeMille’s original 1923 silent epic, The Ten Commandments. People from miles around come to see the amazing pieces left behind in the dunes after filming – but how did we get our paws on them in the first place?

END_OF_DOCUMENT_TOKEN_TO_BE_REPLACED

Monday- Friday
10:00 AM- 3:00 PM
Appointments are available for reservation.

Our e-newsletter keeps you up to date with the latest information about our exhibits, upcoming events, and programs.